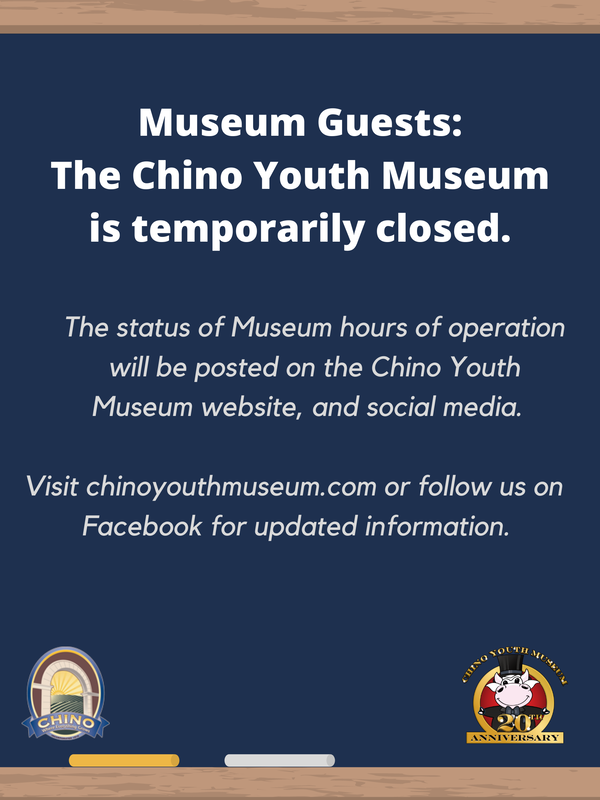 ​​In ﻿﻿﻿mid 1994, during the City of Chino's Downtown Plan review, City Staff identified the concept of creating a facility, which would provide and display the history of the Chino area.  From this need, the idea of a Youth Museum was born.

The Chino Community Center Corporation (CCCC) established a committee to review the feasibility of creating a museum based upon discussions between the Board of Directors and City Staff.  The Chino Valley Historical Society was also approached to jointly collaborate on the project.  The Historical Society appointed a representative to assist in evaluating the proposed facility and establishing a plan of action.

The First National Bank building located at Sixth and "D" Streets was chosen as the site.  During the next two-and-one-half years, the City of Chino proceeded to acquire the property and completed the needed renovations.

After the City completed the seismic rehabilitation and improvements, the museum opened to the public on December 12, 1999.   Finally in 1999, a separate Youth Museum Board of Directors was established to ensure the Museum's on-going success and financial health.


Mission Statement:
Interactive learning to foster a better understanding of tomorrow
​through appreciation of yesterday and today.